Through the SCFPA Artist in Residence Program, gifted performers are invited to explore their talent, develop their performance skills, build their reputations and connect with other artists. SCFPA supports future generations of performers by offering these burgeoning musicians guest living quarters,and the use of the Benderly-Kendall Opera house for practice and public concerts.

In return, the artist in residence is expected to offer master classes, accept students and present several concerts during the performance season at the new Benderly-Kendall Opera House in Patagonia.

Violinist Emily Chao joined the Tucson Symphony Orchestra in 2017, and also performs regularly with Tucson Pops Orchestra and True Concord Voices & Orchestra. As a founding member of Chamberhood, she works to collaborate with local venues, commission new works from local composers, and make classical music more accessible to the Tucson community. She also volunteers as personnel manager and secretary of the board for Tucson Repertory Orchestra.

Cellist Juan Mejia hails from the city of Medellín, Colombia. His early musical studies were completed at Universidad Javeriana under the tutelage of Mintcho Badev. Upon moving to the United States at the age of seventeen, he was accepted into the prestigious preparatory program at the Interlochen Arts Academy in Michigan before matriculating to the San Francisco Conservatory of Music to complete his Bachelor of Music and Master of Music degrees under the guidance of Jean Michel Fonteneau.

As a performing artist, Mejia is extremely versatile and experienced in playing with different types of ensembles. From 2014 to 2016, he performed with the San Francisco Symphony’s outreach program Adventures in Music (AIM), providing concerts to the most vulnerable communities in San Francisco. He serves as a substitute cellist with the Grammy Award-winning ensemble True Concord Voices & Orchestra, as well as the Tucson Symphony Orchestra. He often performs chamber music concerts at the Benderly-Kendall Opera House for the Santa Cruz Foundation for the Arts in Patagonia, Arizona, where he serves as an artist in residence.

As an avid chamber music player, Mejia has had the privilege to work with Mark Sokol, Bonnie Hampton, Ian Swensen, and Jennifer Culp, as well as playing and participating in masterclasses with Menahem Pressler, Donald Weilerstein, Robert Mann, and Norman Fischer. He sits on the board of Arizona Friends of Chamber Music (AFCM) where he co-directs multiple programs including the Tucson Adult Chamber Players (TACP) and the Chamberhood ensemble.

In 2016, he was the recipient of one of the prestigious graduate Fellowship awards at The University of Arizona. In 2020, He received a DMA from The University of Arizona where he studied with Dr. Theodore Buchholz. Dr. Mejia joined the music faculty at Pima Community College in 2021. He plays a Montagnana model cello made by Croatian luthier Zoran Stilin 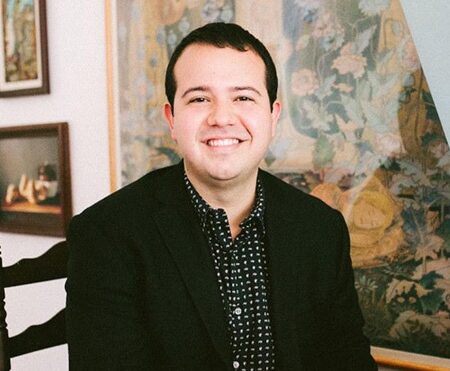 Originally from Nogales, Arizona, historical keyboardist and modern pianist Evan Kory has a vivid repertoire ranging from the renaissance and baroque to the present.

A recent graduate of The Juilliard School’s historical performance program, Evan is passionate about exploring the vast keyboard repertoire of the last four centuries on the various keyboard instruments for which the music was composed.

Evan studied at the Manhattan School of Music for his bachelors and masters degrees and received his Doctor of Musical Arts in May 2017. His dissertation investigates performance practices in the piano works of Johannes Brahms through the historical recordings of Brahms’s students. Evan’s primary teachers have been Phillip Kawin, Peter Sykes, Richard Egarr, and Béatrice Martin.

His first recording, a collection of J.S. Bach keyboard works was recorded by the Master Performers label in Australia. Evan is a former faculty member of the Interlochen Arts Academy and Camp in Michigan and is a board member of The Santa Cruz Foundation for the Performing Arts.