From the very beginning of his performance, Antonio Barberena’s accordion instantly filled the Opera House with a beautiful orchestra of sounds. He is a master of his instrument and conveys the magnificence of the accordion effortlessly. Many of us had never heard live classical accordion, and after experiencing his wonderful musicianship we all became instant fans of the instrument and all of its great capabilities. The accordion can often be enjoyed outdoors in casual settings but it truly shines in the concert acoustic of the Opera House under the hands of a master like Antonio Barberena.

In addition to Mozart and Piazzolla his program included music from 17th century New Spain and 19th century Mexico, music that was heard in this area of Arizona hundreds of years ago. Throughout his concert, Antonio gave very interesting historical anecdotes about our region. For instance, we learned that the origin of the name Arizona possibly comes from a ranch that was owned by a Spaniard near Nogales, Mexico known as the “Haritz Ona” (the good oak). 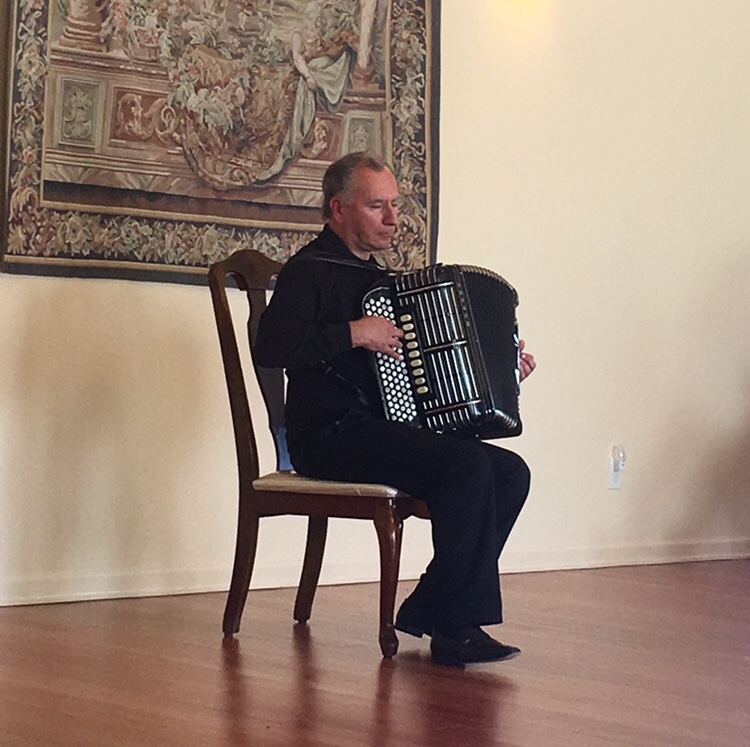