Carla Fabris put together the program for this concert, and last had a virtual performance in April 2020. She chose and had played the second movement of the French piece with a bassoonist previously, and chose a work newly composed by her brother as well. In the spring when everything began shutting down due to the pandemic, Carla’s brother Anteo was visiting. He ended up staying much longer than planned and the opportunity allowed for Carla and Juan to work closely with Anteo while he composed the piece.
Juan David Mejia played a new cello, which he named Aurora, the first name of Sleeping Beauty in the children’s story.

This video performance which was live-streamed to the SCFPA audience can be seen on the Archives page of our website. 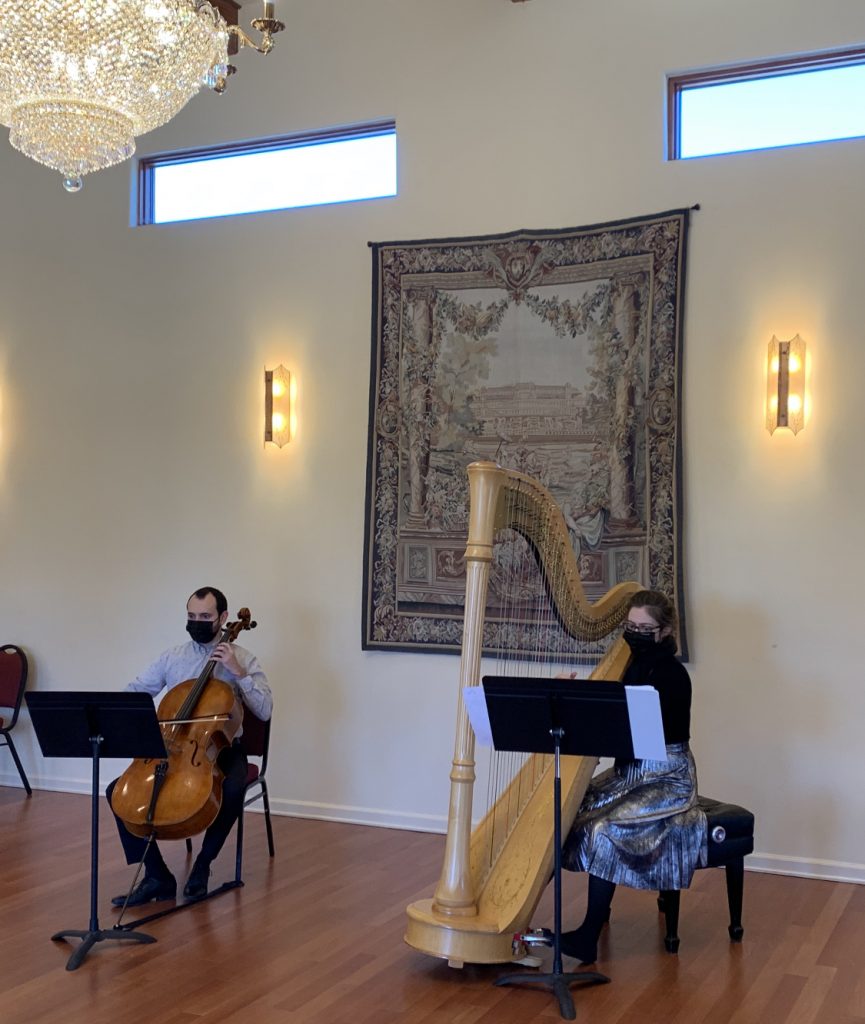