Traveling all the way from Greencastle, Indiana and Paris, France, Eric Edberg and John Kamfonas, the dynamic cello and piano duo performed an exquisite program of works by Alan Hovhannes, Arvo Pärt, and Samuel Barber. What sets this duo apart is their passion for the art of spontaneous improvisation. Concertgoers may encounter soloists who improvise, but it is incredibly rare to hear two classical musicians improvise together. Throughout their performance they captivated their audience with creative bursts of improvisational magic—it was clearly felt that for them improvising means embracing the space and energy they’re in fully and openly

Eric and John recently released a recording titled “Restless Mediations”, many of the works in their program are featured in their new CD. We learned that Hovhaness was greatly influenced by his lifelong travels throughout Asia. His unique musical language embraces traditional musical styles of Armenia, India, Japan, and Korea. Indeed, we heard an exotic mysticism that is not commonly present in western classical music. The Sonata which ends with a meditative prayer was especially beautiful and lyrical. Arvo Pärt, an Estonian composer known for his deep spirituality, has written many powerful works for strings. Among his string pieces, “Fratres” is perhaps the most powerful. It is a tour de force that demands great commitment from both the performer and audience. Eric and John played the monumental piece with intensity and sincerity. The afternoon was a transformative experience for all that were present 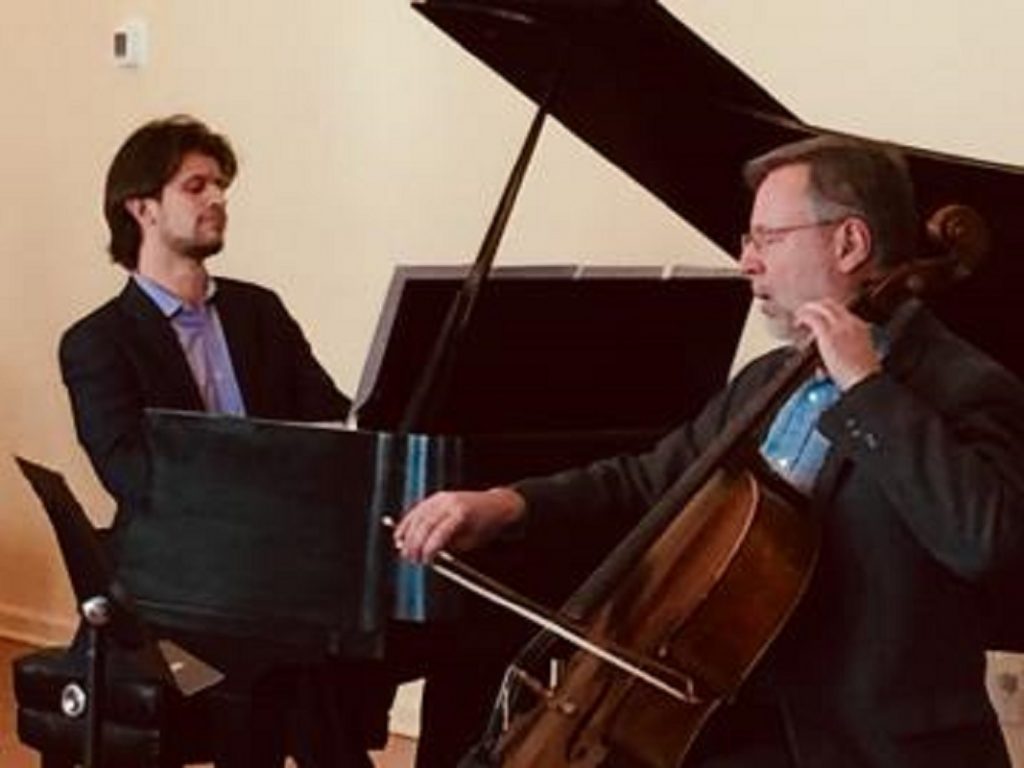