In March we hosted Nogales Barroco, a baroque chamber ensemble organized by Evan Kory. The four friends are all alumni of the Historical Performance program at The Juilliard School and they prepared three programs for their ten-day residency in southern Arizona.

The first was an all-baroque concert with Karen Dekker and Nayeon Kim on baroque violins, Arnie Tanimoto on viola da gamba, and Evan Kory on harpsichord. They performed sumptuous lyrical French works as well as passionate virtuosic Italian music.

In between the two weekend concerts the SCFPA community gathered on Wednesday morning for a delightful demonstration of historical instruments and a fascinating question and answer session. For this morning get-together theorbist, Paul Morton joined Nogales
Barroco. We are hoping to have more of these morning talks where audiences and musicians can share their thoughts and ideas next concert season.

For the third concert the following weekend, Nogales Barroco added new instruments for a program of romantic 19th century repertoire. Violist Candy Amato joined the ensemble for Dvorak’s thrilling Piano Quintet and it was an unforgettable concert. The musicians came to us from Switzerland, Amsterdam, Korea, and New York and we hope to have them all come together again for another inspiring residency in the future. 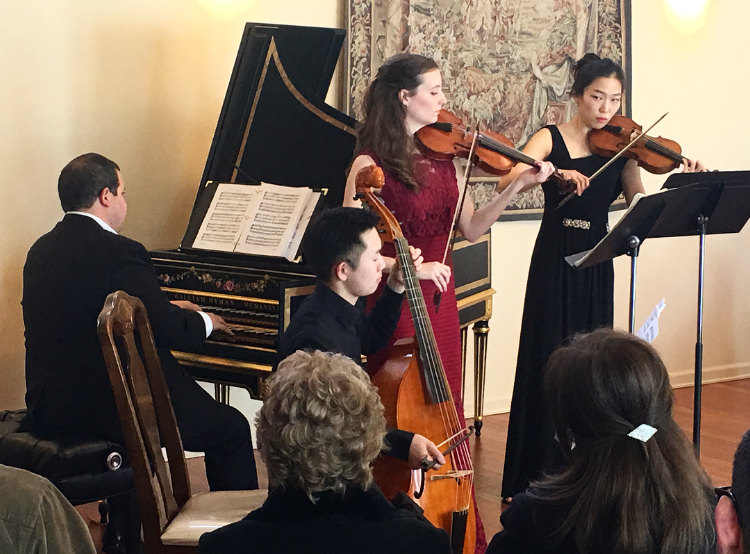 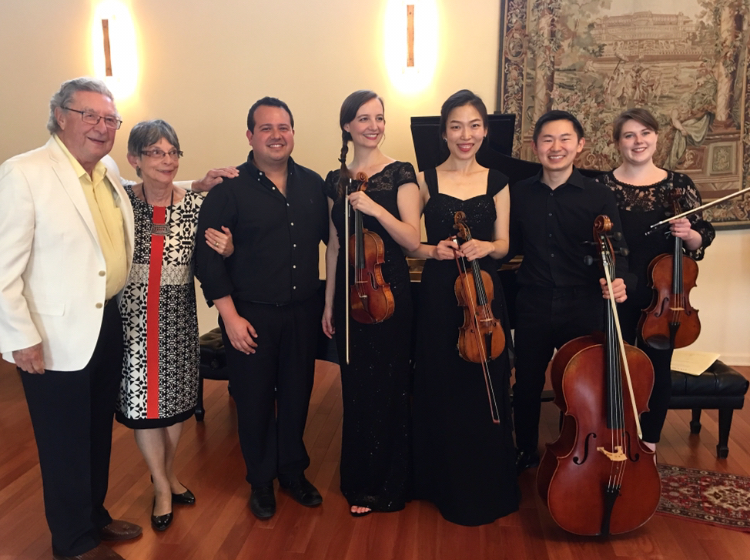