Our first concert in March featured the vivid sounds of the University of Arizona Graduate Wind Quintet. The group is currently based in Tucson as they work on their graduate degrees but they come from all over the world: China, Mexico, Brazil, and in the United States, Wisconsin and California.

This was the first occasion we have hosted a wind ensemble and the combination of instruments blended beautifully in the Opera House. Flutist Io Shin, oboist Monserrat Garcia, clarinetist Baiyu Li, bassoonist Jacob Fernandez, and french horn player Anne Colin have a natural chemistry and have only been playing together since the beginning of the school year.

One of the unique features of the U of A graduate program for winds is that the wind quintet is part of their curriculum. A member of the ensemble eloquently introduced each piece the quintet performed. The program opened with a piece that has become one of their favorites, the Scherzo by Eugene Bozza. Their closing work, Three Shanties by Malcom Arnold, was especially effervescent. The opening Shanty is based on the popular song “What do you do with a drunken sailor?” Arnold’s arrangement is incredible inventive and surprising, full of countless effects only wind instruments are capable of creating.

After their program the five musicians stayed after for a question and answer session. We learned each of their personal stories about how they chose their instruments and also a bit more about the pieces they performed. The Benderly-Kendall Opera House lends itself to these personal interactions with musicians unlike any other venue, and we are looking forward to more of these informal talks between performers and audience in the near future. 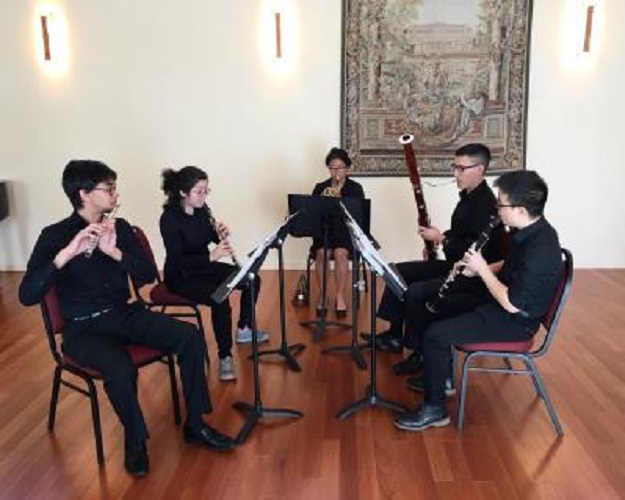 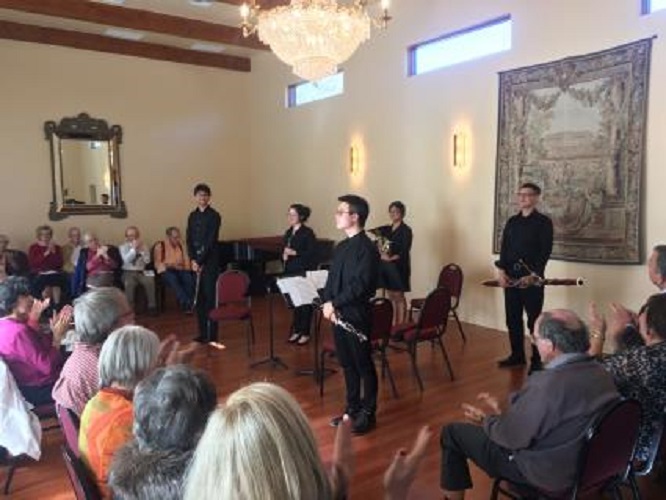