On November 18 we began our 2nd season at the Benderly-Kendall Opera House with the wonderful violinist Yuri Namkung and pianist Evan Kory. The concert opened with a serene arrangement of Debussy’s The Girl with the Flaxen Hair for violin and piano. After this charming vignette the duo performed two contrasting Sonatas by Mozart—this was Mozart’s debut at the Benderly-Kendall Opera House, a first of many performances in the future, no doubt. Before playing Mozart, Evan and Yuri encouraged the audience to clap whenever it felt appropriate and brought to the audience’s attention a letter Mozart wrote to his father. In the letter, Mozart described how pleased he was that the audience clapped while the orchestra performed the first movement of a Symphony. For anyone who would like to read this interesting anecdote, it is dated Paris, July 3, 1778. Coincidentally, the letter was written just four months after the publishing date of the violin sonatas Yuri and Evan performed.

The Mozart ended with a haunting Minuet, which set the tone for the following piece on the program, Kreisler’s Liebeslied. The duo shared sheet music on the piano and treated us to a lovely rendition of the melancholy Viennese waltz. This lead to Brahms’ 2nd Sonata in A Major, the largest work on the program. Last season, Yuri and Evan performed the first Brahms Sonata, perhaps this means next year they’ll play the third to complete the trilogy. To close the concert the duo performed transcriptions of Gershwin by Jascha Heifetz, the first was the evocative aria from Porgy and Bess “Summertime” followed by the New York inspired first Prelude, bringing the concert to an energetic conclusion. 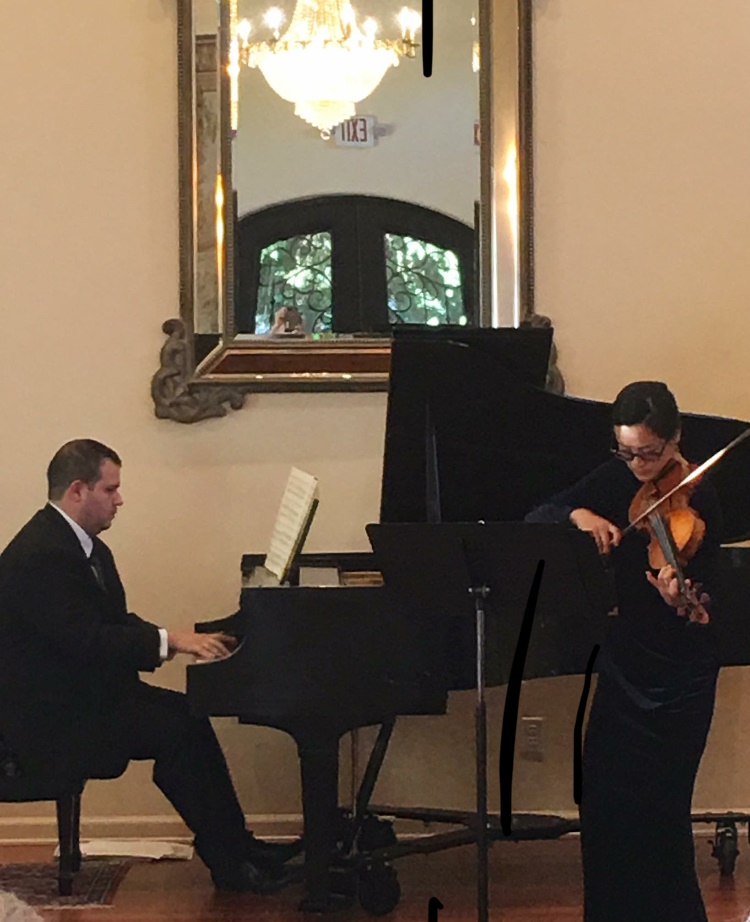